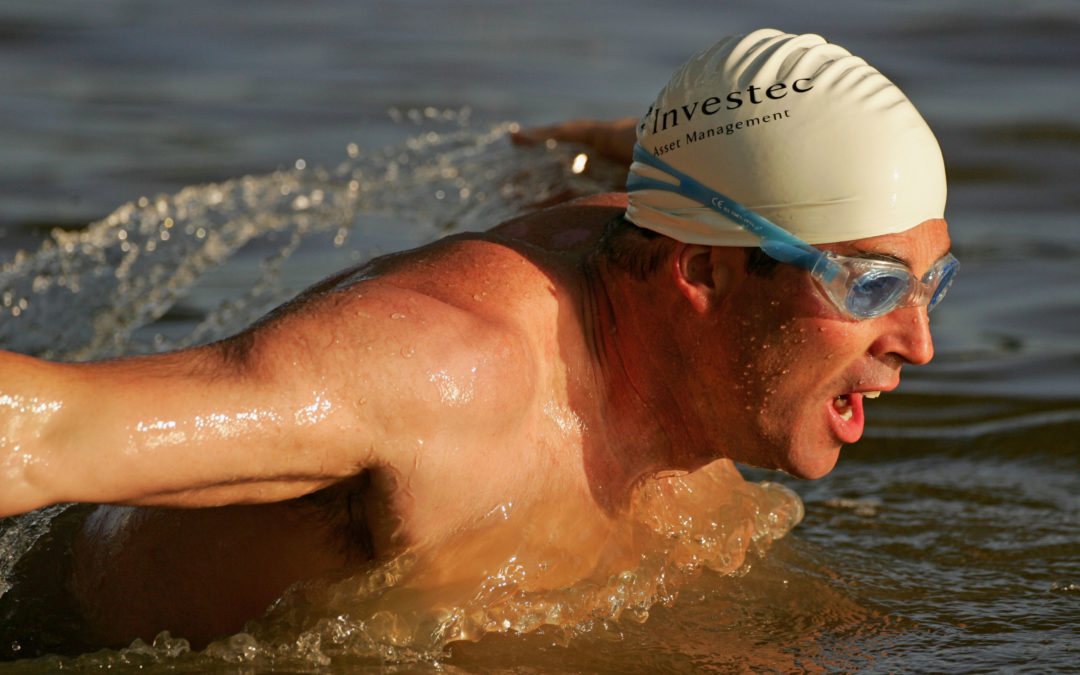 I first came across Lewis on a bitterly cold morning in Oulu, central Finland. I was there to cover the World Winter swimming Championships for a couple of clients.I was walking about lost trying to find the press centre (the local library) and saw another chap who was also looked lost – it was Lewis.  We got talking and a friendship was born.

From that chat I ended up working and filming Lewis on many of his swimming adventures over a two year period– His full-length swim of the River Thames, swimming across the Maldives, the longest cold-water swim in the World (in some Fjord in Norway) and his preparation for his biggest adventure – the North Pole swim.

He is the only person to have completed a long distance swim in every ocean of the world, including across a glacial lake under Mt Everest and off Antarctica. Besides being an advocate for the world’s oceans, Lewis is also a maritime lawyer, a former reservist in the British SAS, and the author of the international bestseller Achieving the Impossible.

His so called ‘speedo diplomacy has evolved views in high places. He was credited by the UN for helping to secure the protection of the Ross Sea in Antarctica, a huge area the size of the  UK, Italy, Germany and France combined.

Lewis has been ‘making waves’ for more than 10 years now, braving the coldest places on earth to bring attention to a warming planet. He’s the first human to have completed a long-distance swim in every ocean of the world. Read more about his expeditions at http://lewispugh.com/expeditions-page/