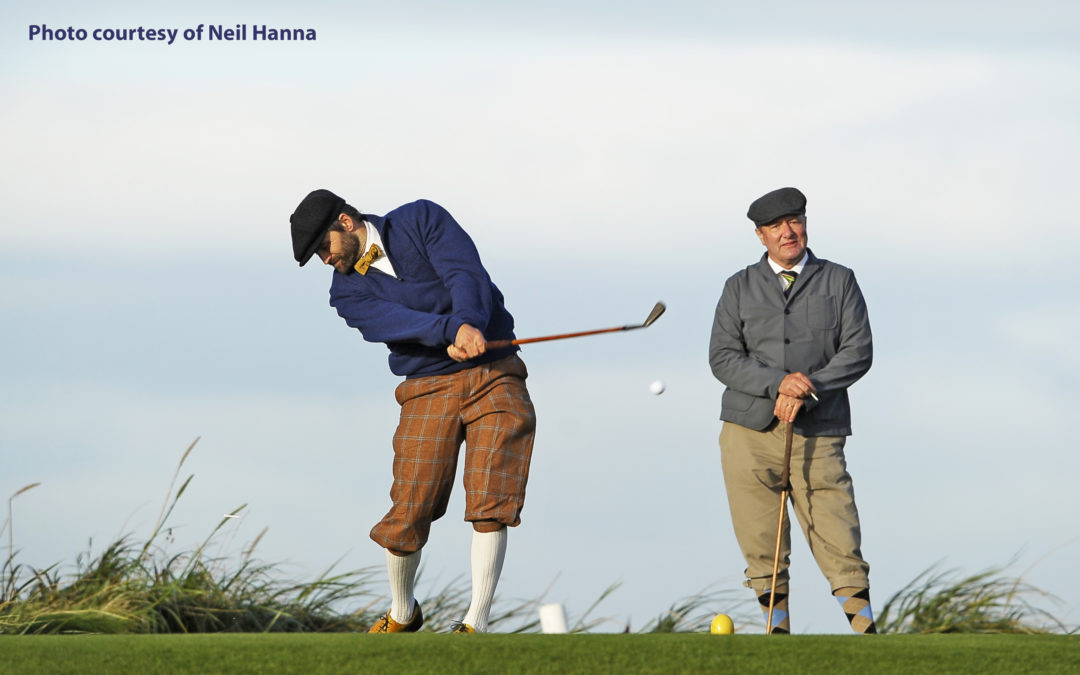 It was my second year covering this event and it is one of my favourites.

In a nutshell, Hickory Golf is played with original or pre-1936 replica hickory shafted clubs.

Most of the players play in traditional early 20th century attire with a thin leather bag slung over their shoulder, each bag rattling a cleek, mashie and several other old wooden golf clubs.

The Championships all started back in 2005, when a small group of players assembled for a friendly competition on the historic Old Course at Musselburgh in Scotland.

This year, the links course at Kilspindie Golf Club, Aberlady, Scotland was the venue for this fun and friendly tournament. Notably, Kilspindie is reputed as one of the oldest 50 clubs in the world, so an apt venue for the championship. Participants came from across the UK and there was also a strong International contingent, especially from the US and Switzerland.

After two extremely blustery days with winds of up to 40 mph, it was the Carnoustie professional golfer Fraser Mann who outclassed all his opponents.

It was the first time Fraser had won the competition, having entered the Championships every year since it started, a just reward for his patience and determination.  He is now one of the growing list of professionals and amateurs competing, as this old form of golf gains momentum and popularity.

It may look gentile, but fierce rivalries motivate many of the competitors, along with the opportunity to experience playing on one of Scotland’s historic courses and the chance to dress the part in plus-fours, flat cap and woollen sweaters.